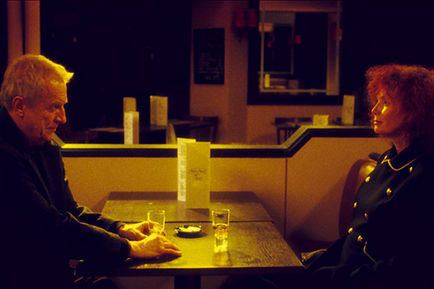 Not so much a fantasy as a fantasia, Alain Resnais’ first novel adaptation, his second adaptation (after Mélo) and, unless my memory fails me, his fifth film in CinemaScope (after Le chant du styrène, Last Year at Marienbad, L’amour à mort, and Private Fears in Public Places), this brittle comedy may also be the most purely surrealist of all his films, especially in its emphasis on irrational impulses (as well as its non-sequitur final shot). And the fact that it’s often creepy (as well as very personal) is surely more of a plus than a minus; it hasn’t been acknowledged nearly enough that Resnais’ best and most beautiful films — including Statues Also Die, Toute la mémoire du monde, Le chant du styrène, Night and Fog, Hiroshima mon amour, Marienbad, Muriel, Providence, Mon oncle d’Amérique, Mélo, and Not on the Lips, among others — usually turn out to be his creepiest. (An exception to this rule is L’amour à mort, which is exceptionally creepy but also far from Resnais’ best.) 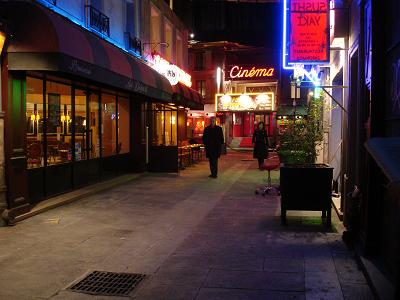 Seen twice on Friday at the New York Film Festival — first at a press screening, then at the $40 opening — this is a film whose pastel hues and intricate color coding (e.g.,… Read more »