TV News and the Myth of Public Opinion (Kinsley vs. Borneman) 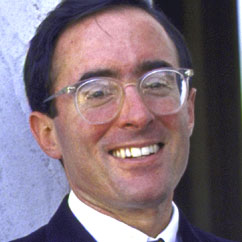 Fourteen years ago, the underrated (or at least undervalued) Michael Kinsley reported in The New Yorker (“The Intellectual Free Lunch,” February 6, 1995, reprinted in his collection Big Babies) on a reputable survey that found that “75 percent of Americans believe that the United States spends ‘too much’ on foreign aid, and 64 percent want foreign-aid spending cut.” (“Apparently,” Kinsley added as an aside, “a cavalier 11 percent of Americans think it’s fine to spend ‘too much’ on foreign aid.”)

The same people were asked how much of the federal budget went to foreign aid, and “The median answer was 15 percent; the average answer was 18 percent.” But “the correct answer is less than 1 percent: the United States government spends about $14 billion a year on foreign aid (including military assistance) out of a total budget of $1.5 trillion.” When asked about how much foreign-aid spending would be “appropriate,” the median answer was 5 percent of the budget; and the median answer to how much would be “too little” was 3 percent, i.e. over three times the actual amount spent.

Kinsley then adds, “This poll is less interesting for what is shows about foreign aid than for what it shows about American democracy.… Read more »