Trying to Compute DON’T COUNT ON YOUR FINGERS

Written for the Jeonju International Film Festival in March 2009. I can happily report that, according to Portabella, his DVD box set containing all or most of his films to date will finally be released later this year. — J.R.

My first problem in coming to terms with No Compteu Amb Els Dits (1967, 26 minutes), Pere Portabella’s first film, is my inability to distinguish between every one of what he himself identifies as its 28 separate fragments, each one reportedly lasting between 15 seconds and two minutes. Counting the segments myself — not with my fingers, but with a pen, a piece of paper, and a VCR — I come up with only 24, not 28 But then again, the only obvious ways of distinguishing one sequence from another are (a) changes in themes, characters, and/or settings, (b) changes in the music, (c) other changes in the soundtrack involving sound effects, dialogue, or narration, (d) switches between black and white and color (or vice versa), and (e) graphic transitions that are apparently similar to those used in Spanish commercials shown in cinemas during this period. And at one point or another, Portabella seems to defy most of these conventions by eliminating or obfuscating such markers. This is clearly part of his point — pursuing a kind of extension of the Kuleshov experiment presided over by William S. Burroughs (see “The Invisible Generation,” the last chapter in The Ticket That Exploded, a book roughly contemporary with this film), he can put together any soundtrack with any strip of film and find an uncanny match, an unsettling congruence exploited most obviously in the fatuous discourse of commercials. Cinema, in short, is a kind of fraud, and Portabella’s project from the outset is both to expose and to play with its fraudulence, much of it founded on various forms of apparent continuity. 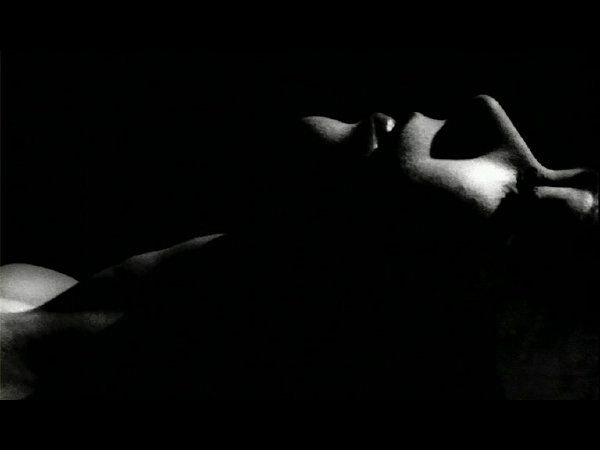 “Defeated. Defeated but not vanquished,” begins the offscreen man’s voice in the first sequence, over black and white shots of a man in a bathrobe touching his own unshaven cheeks and then reaching for a shower faucet. “And when the projector is turned off, the white screen remains,” affirms the offscreen woman’s voice at the end of the last sequence, over a color cameo of a woman’s face. Between these two positive negations, 20-odd other sound-and-image combinations pretend to have and therefore mock various kinds of narrative coherence. Even the longest and most elaborate segments — an incoherent chase thriller intercut with a documentary about a Pepsi-Cola plant, a priest receiving a shave in a barber shop (and then looking out the window at a man emerging from a subway station who removes and eats his own moustache) — the most conventional signifiers are twisted to yield a kind of nonsense. 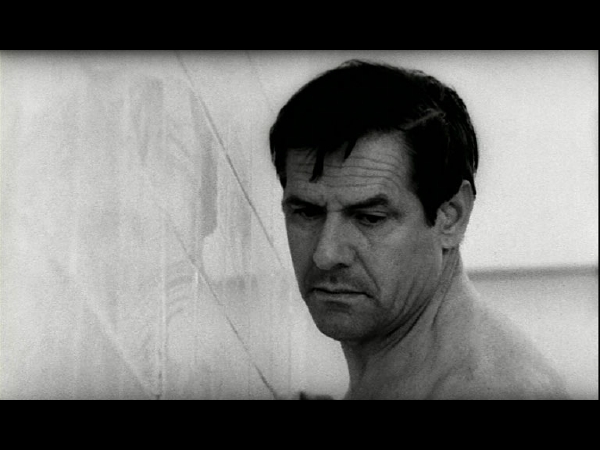 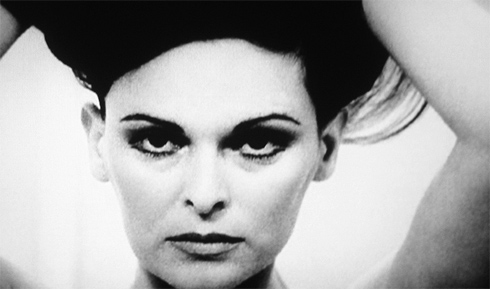 One bit of mockery, asking us to identify a scene’s “error” (which proves to be written on a character’s forehead), strikingly anticipates American experimental filmmaker George Landow’s no less hilarious Institutional Quality (1967) and its eventual 1976 remake, New Improved Institutional Quality. A swank dinner between an initially estranged upper-class couple echoes and evokes some of the bourgeois decadence explored and celebrated by Luis Buñuel — whose Viridiana Portabella helped to produce, leading to his own (unvanquished) “defeat” before embarking on his own filmmaking — while using both camera movements and tricks with continuity that suggest Alain Resnais’ Marienbad. Some seemingly reasonable monologues gravitate into absurdity (“Nobel invented the cinema”) while others might be said to point towards this film’s own methodology (“If you repeat it often enough, a falsehood becomes an affirmation.”) Through it all, an effort to find of a form of coherence through surreal juxtapositions provides early sketches for both Umbracle (1972) and Pont de Varsovia (1989).