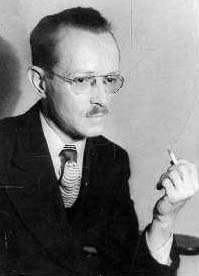 One of my favorite writers since childhood has been the prolific Fredric Brown (1906-1972), both for his mysteries and his science fiction. The former is much more plentiful than the latter—so much so that it’s been possible in recent years to publish practically all his science fiction in two thick hardcover volumes, From These Ashes (the short stories, 690 pages) and Martians and Madness (the novels, 633 pages). (The “madness” in the latter title partially relates to What Mad Universe, Brown’s best SF novel, as well as one of his very best SF stories, “Come and Go Mad”, although it also qualifies as an ongoing Brown theme in some of the mystery plots as well.) 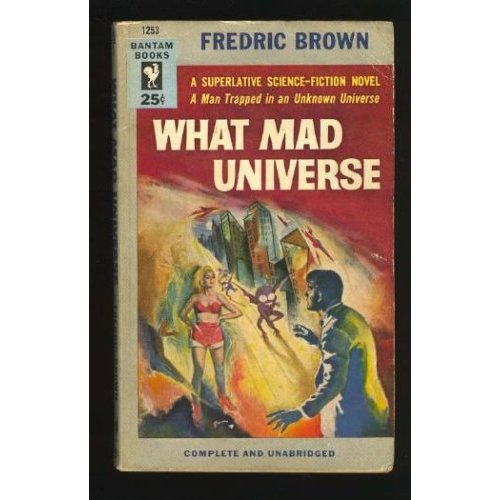 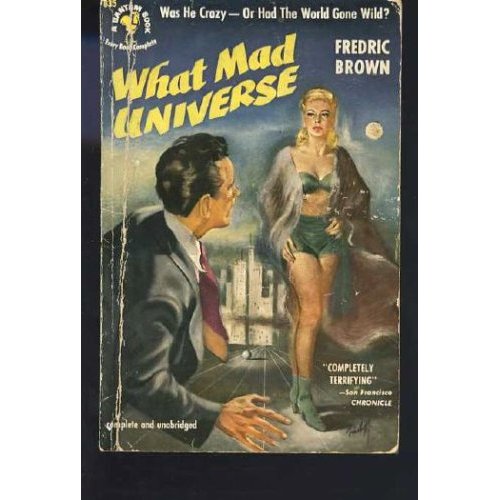 On the other hand, it might take an AIG bonus to pay for all of Brown’s out-of-print mystery, crime, and detective fiction; some of the 19 or so limited-run paperback collections devoted to the stories that were published in the 80s and 90s now sell on the Internet for close to a thousand bucks apiece, and a few of the novels are comparably pricey. 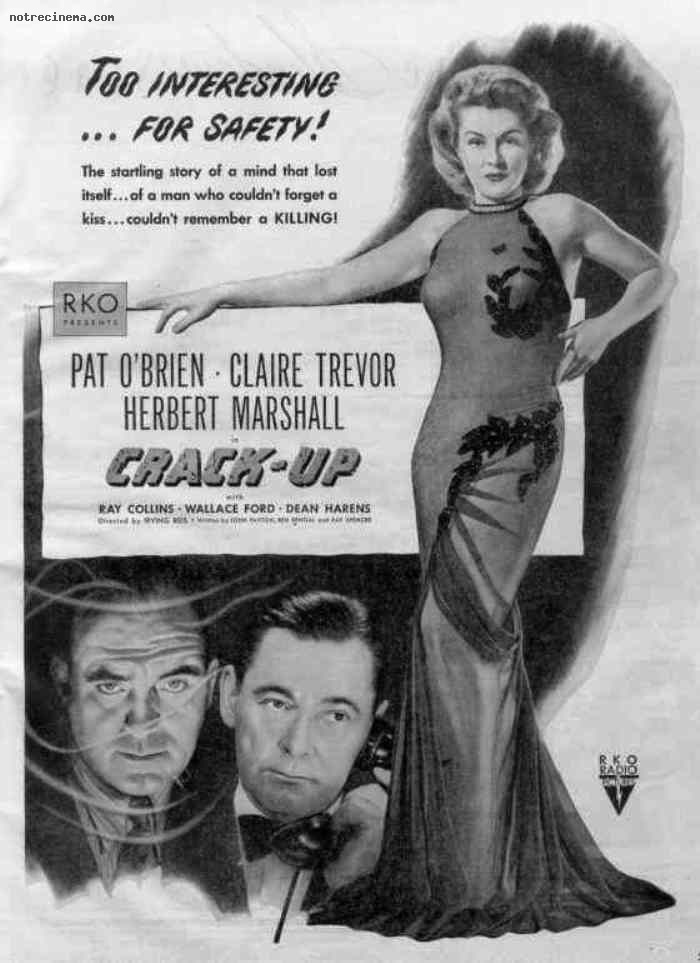 Probably the two best known Hollywood features derived from Brown mysteries are Screaming Mimi (Gerd Oswald, 1958) and Crack-Up (Irving Reis, 1946)—the latter derived from a 1943 Brown novella called “Madman’s Holiday” that’s now available only in one of those limited-run paperbacks that currently sells for $995 and $950 on Amazon, hideous jacket (see below) and all. 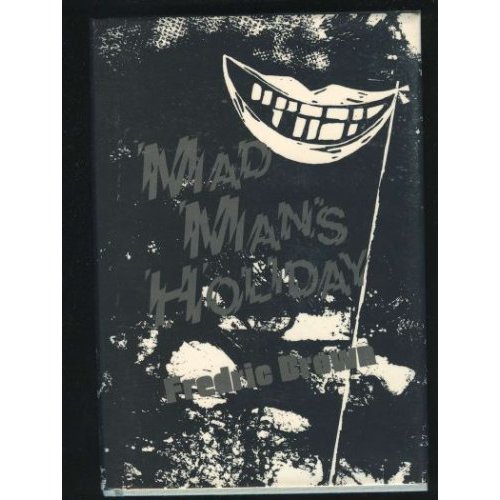 Last night I saw Crack-Up for the first time, whose credits say it was only “suggested” by the Brown story, and I can report that a couple of very well shot, directed, and edited sequences, both set on a suburban train, convey the hallucinatory power of Brown at his paranoid best and creepiest. It’s too bad that the remainder of the film, though often serviceable or better, never quite comes up to the same level. The casting is certainly offbeat—Pat O’Brien as the art critic hero who has the hallucinatory experience on the train, Herbert Marshall in a part that defies easy description, Ray Collins as a wealthy doctor and art patron, and Collins’ former fellow Mercury players Erskine Sanford and Harry Shannon in other parts. [3/22/09] 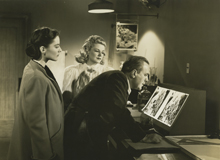 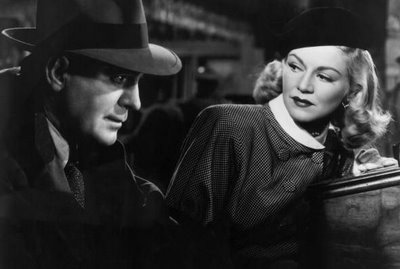