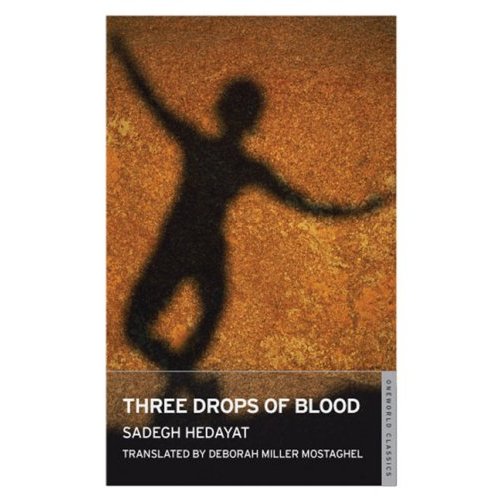 I find it curious that the great Iranian prose writer Sadeq Hedayat (1903-1951) should remind me so much of Edgar Allan Poe, because their backgrounds couldn’t be more dissimilar. Poe (1809-1849) was poor his entire life and Hedayat came from a very wealthy and privileged background; Poe lived in several American cities but never left the U.S. whereas Hedayat lived for extended periods in Belgium, France, and India as well as Iran.

Before the recent publication of Three Drops of Blood, a collection of Hedayat stories, I’d read only his novella The Blind Owl (1936), one of the most terrifying and unsettling horror stories I know, as well as a few of his other stories in French. It seems that most of his work is (or at least has been) available in French, but until the appearance of this slim anthology, The Blind Owl–freely if brilliantly adapted by Raul Ruiz in one of his craziest features, La Chouette Aveugle (1987)–has been virtually the only thing of his available in English. (12/25 postscript: Adrian Martin has just informed me that one can access many Hedayat stories in English translation, including The Blind Owl, for free here.… Read more »