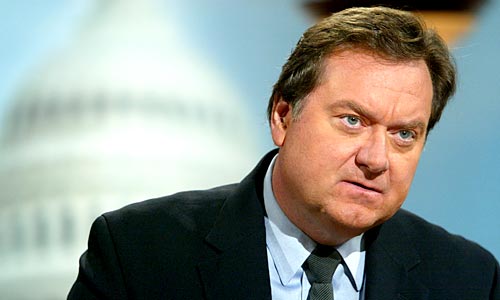 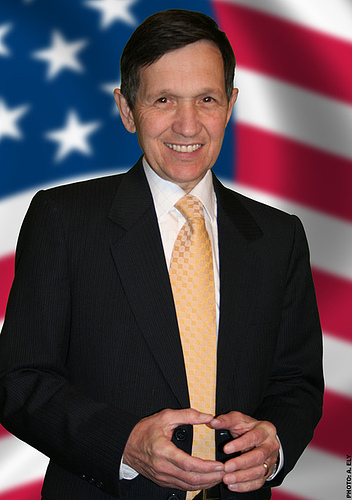 It’s the cruelest of ironies: newscaster Tim Russert, who died unexpectedly on Friday–taken to be the essence of all that’s honorable and serious about the TV news—has been used ever since as a substitute for the TV news, a means for excluding as much of it as possible.

In the mid-1990s, the trial of O.J. Simpson became such a media obsession that one could virtually say that most other news was suspended so that the TV news could be devoted around the clock to a single subject. The result was that TV news reporting got so far behind in keeping up with the other events of the world, especially foreign news, that it became clear after a certain point that it could never hope to catch up again. And of course it never has.

It would appear that ever since this alarming, infantile regression, TV news has been nakedly hungering for more O.J.-like events, as many as possible, that can crowd out all others. Whether this happens to be the deaths of Frank Sinatra or Ronald Reagan or events as consequential as Hurricane Katrina, the effect is always the same: to eliminate the world outside the single, all-encompassing event, which is then chewed over endlessly, not for hours but for days.

It’s within this context that the House of Representatives voting 251 to 166 to send Dennis Kucinich’s 35 articles of impeachment against Bush and Cheney two days ago can get marginalized or overlooked in the news–delegated to the back pages or else ignored entirely–so that still more eulogies on behalf of a relatively serious newscaster can command all our attention. Assuming that Russert really was as serious about the news as the media are claiming, one wonders whether he would have approved of keeping us as blinkered as possible about everything else for the sake of his memory. [6/15/08] Postscript: My friend Andrea Gronvall has provided me with a link to this excellent piece in the L.A. Weekly, by Marc Cooper. It’s chilling to discover that it’s still relevant, a full week after I wrote the above. [6/22/08]