Play It To The Bone 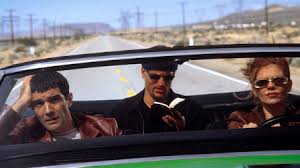 Even when his work is at its most contrived, which it certainly is here, writer-director Ron Shelton is the best purveyor of jock humor around. He extracts it endlessly from this comedy about two boxers (Woody Harrelson and Antonio Banderas), best friends but romantic rivals , who are driving to Las Vegas with their mutual girl (Lolita Davidovich) to fight each other before the Mike Tyson main event. Instead of providing closure the movie just evaporates, but Shelton’s wit and sass keep it flowing, after a fashion. Plot is nothing and character is everything in this sort of setup, and speaking as someone who would rather watch paint spill than blood, I was glued to my seat during the protracted, fairly gruesome climactic slugfest. With Lucy Liu, Robert Wagner, Tom Sizemore, Richard Masur, and lots of pointless cameos of stars glimpsed in ringside seats. (JR) 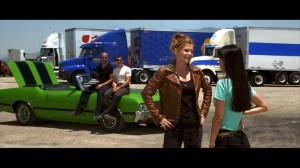