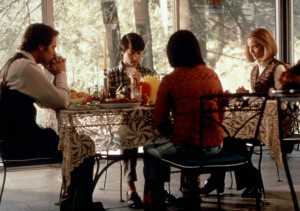 Onetime independent producer James Schamus adapted this 1997 feature from Rick Moody’s novel about sexual confusion and hypocrisy in Connecticut, set during Thanksgiving 1973. Existentially speaking, this is puritanical Hollywood yuppie-think, right down to its inevitable retribution reel. Its characters ride the same commuter trains as Whit Stillman’s, but the higher forces placing them there are less up-front about their neocon refusal to see beyond their own class-bound hides. I can’t deny director Ang Lee’s sensitivity with actors or the fine cast strutting its stuff (including Kevin Kline, Joan Allen, Christina Ricci, and Sigourney Weaver); some of the period details are fun, and Lee offers some nicely observed moments. But the tragic and highly “symbolic” death toward the end, which is supposed to illustrate the sins of the parents being visited upon their children, barely resonates at all, because most of the insights are strictly incidental. The film elicits guilty, lascivious chuckles, not analysis. (JR) 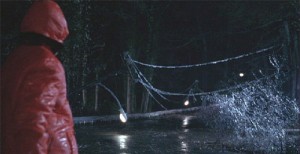