MY PLEASURE IS MY BUSINESS (1975 review) 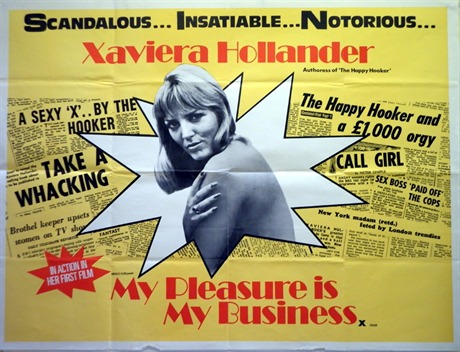 My Pleasure Is My Business 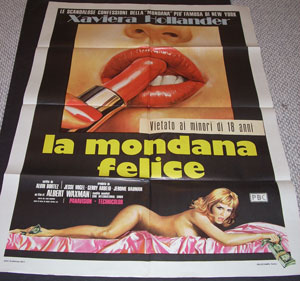 Deported from America by a U.S. senator who wants to keep her

away from his son-in-law, Gabrielle, a promiscuous movie star and

sexual liberationist, is flown to the country of Gestalt. After

confering with his aides, the corrupt Prime Minister decides to admit her

into the country, thereby hoping to deflect some of the charges of

immorality laid against the government. Gabrielle is accorded a

luxurious suite by a North African hotel manager in exchange for

the promise of sexual favors, and applies for a job as sexual

therapist with pudgy psychiatrist Freda Schloss, who turns out to

want the therapy herself. While the Prime Minister and his

him in his flat, looks up an old French girlfriend who acts

a wild costume party given by another old friend. Cornered

by the police when she returns to her hotel, Gabrielle

persuades them to drop the charges by reminding the